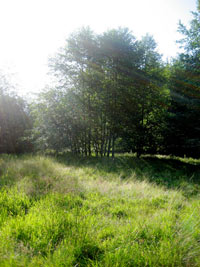 Located on an extraordinary 25 acres near Shawnigan Lake, British Columbia, OUR Ecovillage began operations in 1999 with a vision to create a model demonstration sustainable village community rooted in social, ecological, and economic well-being. OUR Ecovillage is the host site for OUR Community Association, a registered nonprofit society dedicated to promoting sustainable community living. People from all walks of life and all ages can benefit from educational programs facilitated within OUR developing site.

The idea of OUR Ecovillage had its genesis in the early 1990s when many people lived in a cooperative household in Victoria. During this time, the OUR acronym (One United Resource) was created. Subsequent events can be described in seven different phases. 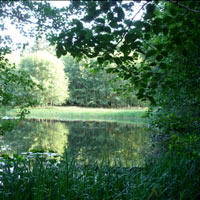 involved the private purchase of 25 acres of land near Shawnigan Lake to secure it from future development. The former owner was eventually convinced that the proposed development of a vibrant, environmentally friendly community would positively use the land and ended up donating a third of the original asking price. A group of approximately 14 people came together as the Creation Team, taking responsibility for the community project’s ongoing design and development process. 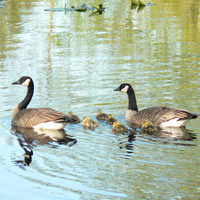 saw the establishment of O.U.R. Community Association, a registered not-for-profit (541542). An overriding principle was established: that the project would be created “by the community, for the community and through the community” so that none of the overall projects would be established for anyone’s primary personal gain — all people would be here as stewards.
During this time, the Cowichan Community Land Trust and the Land Conservancy of British Columbia worked to create a flora and fauna species mapping of the overall site to determine the most vulnerable ecological areas. Next, OUR Community Association embarked on a far-reaching visioning process involving hundreds of communitarians from nearby neighbourhoods, various levels of government, people from corporate and educational backgrounds, and international visitors. This enabled O.U.R. Community Vision to be a broad representation of what folks wanted to see happen at OUR Ecovillage. 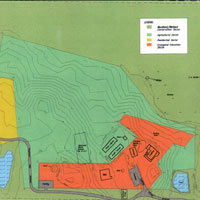 focused on creating a precedent-setting rezoning for OUR Ecovillage. The “Sustainable Land Management Design” evolved concurrently with several years of permaculture design. The 25 acres were to stay intact and become a multiactivity integrated land use zone with
a) A conservation area consisting of one-third of the property under a protective covenant
b) Allowance for educational activities
c) An organic production farm
d) An off-grid eco-home cluster of 9 homes

This work with regulatory authorities brought in major support and funding from the government. Eventually, O.U.R. Team began working with engineering and regulatory teams in earthen construction (natural building) using alternative wastewater treatment and other innovative technologies and doing so within approved building codes.

involved the creation and development of the FOG (Finance, Ownership and Governance) research project to pull together a new hybrid ownership model for land projects that would accommodate the sharing of common financing, ownership, and governance between multiple stakeholders.

saw the incorporation of “The Sustainable Community Development Cooperative.” The SCDC brings together a team of consultants specializing in ecovillage design at O.U.R. Ecovillage and similar projects.

begins with creating a new ownership entity (developed with the assistance of the FOG project). In July 2007, we established O.U.R. Ecovillage Cooperative, incorporated with five membership classes. The co-operative was created to provide a legal model for the collective ownership of the land and provide a governance structure that will bring together all the earlier established organizations at O.U.R. and all interested parties.
The cooperative has begun to implement this plan by creating a business plan to secure financing for the purchase and further development of the property. 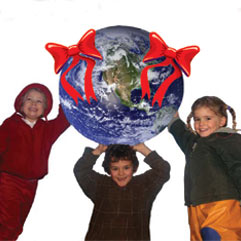 has seen the Protect O.U.R. Ecovillage Forever Campaign launch, a campaign to first purchase a covenant on the land in co-operation with The Land Conservancy of British Columbia, to protect the land and educational demonstration site into the indefinite future. Also, to sign the ownership of OUR Ecovillage into community hands and release the land from conventional private ownership. Under the umbrella of the Protect O.U.R. Ecovillage Forever campaign, we developed the first alternative to green burial in Canada not associated with a cemetery, the Commemorative Legacy Project, which protects the legacy of our elders and the land as well. The campaign has also helped establish the Community Trust for Ethical Investment, a way for all of us in the wider community to ethically invest our money back into our local economy and community.

For the full document about O.U.R. Ecovillage, its Mission, its Definition, Programs, maps and everything you could ever want to know, download our Visitor’s Handbook.